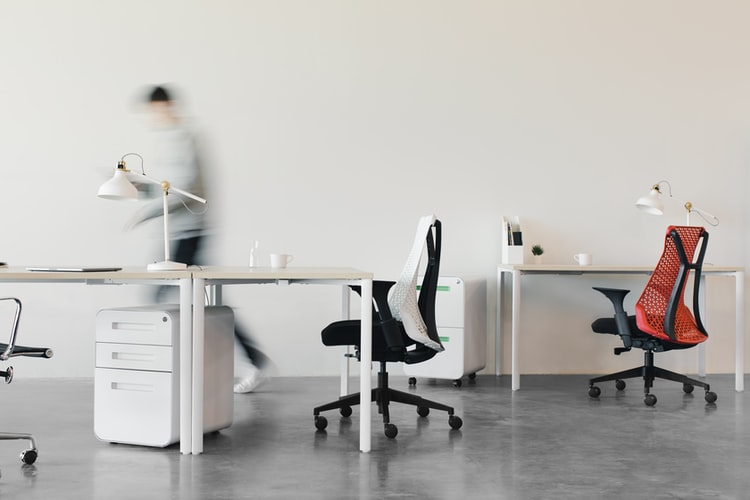 Herman Miller is a company valued at $2.1 billion and one of the largest office furniture manufacturers in the world. Listed on the stock market, it operates from Michigan and it has over 8.000 employees.

Herman Miller specializes in high-quality office furniture and this is why its products are a benchmark when it comes to office work. Its office chairs are considered some of the best in the world. Since they also cost as much as a high-quality product, you might be wondering how the company compared to other manufacturers.

Herman Miller Embody vs Aeron vs Mirra 2 vs Sayl

Herman Miller Embody is known for its supportive high backrest. Aeron is airy and highly efficient for supportive materials that are so thin with minimum pressure on the body. The Mirra 2 office chair is made for people always in motion with a durable backrest that resists frequent friction. The Sayl office chair is the affordable option which is the lest ergonomic of all Herman Miller office chairs.

The Logitech Embody Herman Miller gaming chair is made to reduce pressure build-up on the spine. The Logitech version of the chair also comes with more padding in the backrest for extra comfort. Extra foam is also added on the seatpan.

The old Herman Miller vs Steelcase debate has its positives. Steelcase is slightly larger than Herman Miller but also based in Michigan. The company has 12.500 employees and a revenue of $3.7 million. But are its chairs better?

Steelcase Leap and Steelcase Gesture are the most popular office chair from the valuable US brand. Both Leap and Gesture are made with the actionable LiveBack backrest technology. However, lumbar support is more pronounced on the Leap.

Aeron is a modern chair with enhanced air circulation and probably the best office chair for the money. Leap is better for adjustability but its design is a bit more traditional, even if it supports active back sitting with backrest micro-adjustments.

Embody chair is made with a rubberized backrest as opposed to the memory cushioning of the Gesture chair. These are matters of personal preference but the high backrest profile of the Embody is worth thinking about in this head-to-head debate.

Both Herman Miller and Autonomous make modern office furniture. Autonomous is new on the block and it’s yet unclear if all of their designs are truly original. However, their chairs are hard to match when it comes to pricing.

Otherwise, Herman Miller is far superior to Autonomous at the moment in terms of research-development, warranty, and customer service.

Ergohuman produces reliable ergonomic office chairs. Most of them are also slightly more expensive than they should, but the offer tends to impress nonetheless.

The Ergohuman V1 Chair is a popular option from the brand. It’s an OK chair but without a headrest that can be removed. Aeron doesn’t have a headrest but it is more supportive both in the backrest and in the seat pan.

Secretlab makes gaming chairs. These are some of the best. The Titan chair comes with 3 cover options and plenty of colors for customization.

Neuechair is a successful Secretlab attempt at creating an ergonomic office chair. It comes at an affordable price, it sits on an aluminum frame, it features adjustable lumbar support and it’s backed by a top 12-years warranty. It can be a good alternative to Herman Miller office chairs if you don’t care for headrests. 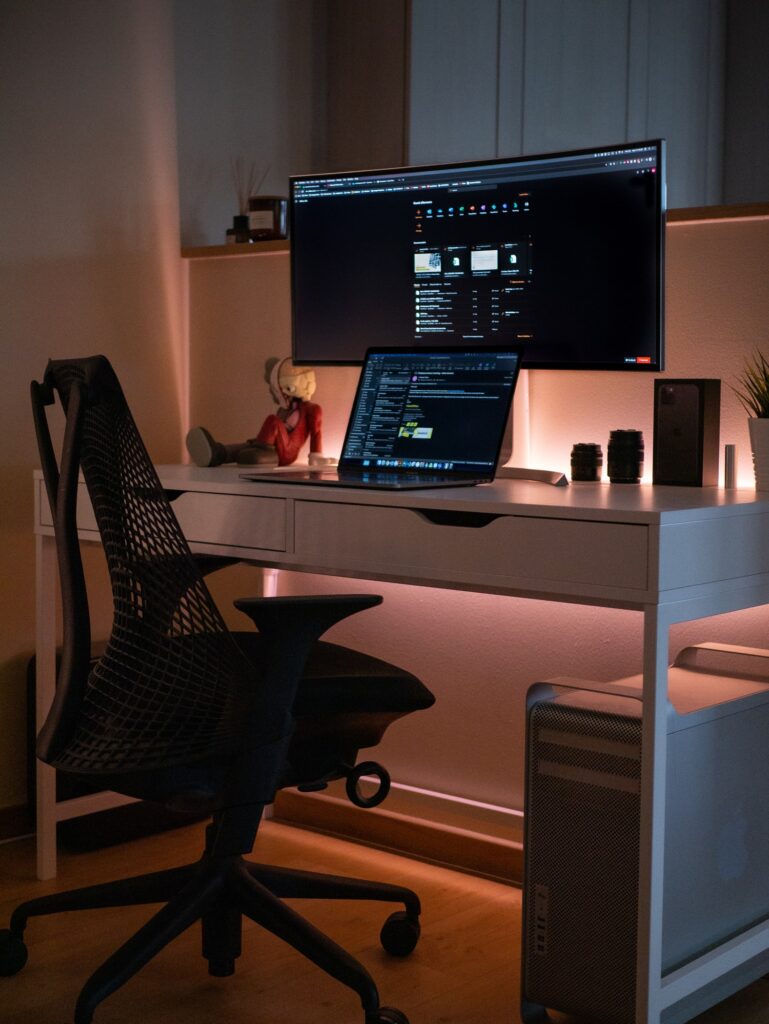 The Ikea Markus and the Ikea Jarvfjallet office chairs are worthy options on a budget. However, they don’t have the same lumbar and posture support and armrests’ adjustment as Herman Miller office chairs.

Laura Davidson chairs tend to accentuate style. Their mid-century design is obvious. These chairs are also more affordable. If you like the Herman Miller Sayl chair but you can’t afford it, you can alternatively look to chairs such as the Bowery Management.

Herman Miller Aeron is an excellent choice for posture. Secretlab Omega, Titan, and Titan XL are made for gaming with specific foam cushioning. Steelcase leap is made for general office work where you sit all day and when ergonomics prevails cushioning.

Herman Miller makes chairs for the office while DXRacer is known for its gaming chairs. If you don’t play games, the Aeron or the Embody chairs are going to be superior to the Master Module, the Formula Series, or the G Series for gaming. However, DXRacer chairs are 2-3 times more affordable.

Where can I buy a Herman Miller Aeron chair?

You can buy Herman Miller Aeron chairs on Amazon. Discounts on these office chairs are rare. But the advantage of buying them online is the system of reviews as you can read other people’s opinions on the products.

Is Herman Miller Aeron worth it?

The Aeron is a long-term investment made in your posture, especially if you work at the desk for at least 8 hours per day. But its biggest advantage over other office chairs is that it comes in 3 sizes (small, medium, and large) to fit your height.

Is Herman Miller Sayl worth it?

Sayl is an affordable Herman Miller chair with plenty of room for customization. You can choose it with fixed or adjustable armrests. There’s an option to add an adjustable backrest on the Sayl. Most importantly, you can choose this office chair with or without adjustable seat depth.

Why is Herman Miller Aeron so expensive?

The Aeron chair is expensive as it’s the result of extensive research on posture ergonomics. It’s only valuable to those with desk jobs as it’s not worth the investment if you only sit at a desk up to 1-2 hours per day.

Is Embody better than Aeron?

Both the Embody chair and the Aeron chairs are supportive as they evenly distribute pressure from the body. Aeron is airier, as its name suggests. It might be a better choice over the Embody chair if you have to work long hours.

How can you tell a real Herman Miller Aeron chair?

The Aeron chair is seldom counterfeit due to its unique design and materials that would be still expensive on a copycat chair. You should also find a product ID label on the bottom of the seat to identify the serial number of your office chair.

Are our Ergohuman chairs good?

Ergohuman chairs are an affordable alternative to Herman Miller. If you find a seller offering a warranty of at least 3 years on these chairs, you can purchase them for better posture.

Are Steelcase chairs worth it?

Steelcase has original technology such as LiveBack which proves its innovative side. The company sells millions of office chairs worldwide, particularly to high-end expectation users. Its chairs are worth the investment if you plan to use them for years.

How long do Steelcase chairs last?

As Herman Miller chairs, Steelcase chairs are expected to last over 10 years. Most of them can last even longer. Judging by the state of second-hand Steelcase chairs that are sold online, it would be safe to assume most can last a lifetime.

Autonomous chairs are made according to ergonomic principles. The right position at the desk is the main concern of these office chairs. You can choose these if you love to work at the desk or if you need to work long hours. You can also buy multiple Autonomous AI chairs for the same price as one Herman Miller office chair.