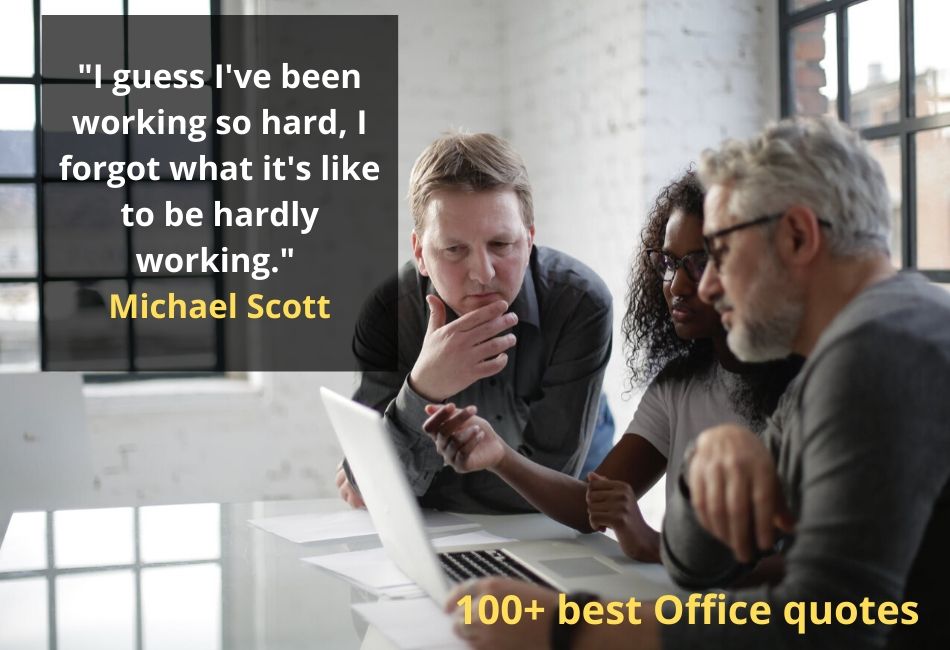 These best Office quotes are guaranteed to make you laugh. Michael and Dwight might be among the crowds’ favorites, but some of the following quotes apply to office life today. Since we’re all about office life on standorsit.com, it’s time to have a break and relax.

The quote everybody remembers

When doomsday seems closer, find the best The Office Quote

A story about progress, forgiveness, and acceptance

The best Office references you can use at your job

The nobody else laughs joke

The wait for it joke

Jan: well today’s not my birthday so

Michael: really? Cause I always thought we had the same birthday

It’s all about anecdotes

It’s X much to fix that

With the hand on the phone, preparing to dial 911

The Office quote about love… or missing love

Make a comparison and then ruin it

Best office quotes of all time relating to philosophy

I wish I was as Ben Franklin

How can someone agree with you?

Meredith at it again

If this is not equality, I don’t know what is

I can’t stand others being successful Office quote

When nobody understands your motivation

The best Office quote which we can all relate to

I can find it cheaper

Say thanks for what you have right now

No, no, no, nightmare

I’m not bragging but…

The Marvel character which never made it past the auditions

Nobody wants to hear pregnancy stories

Why aren’t you laughing?

Nobody sees you in a crowded office

Some things are better left untold

I’m too cool for school

The Al Bundy of The Office

When I only want to ask one thing

I can’t believe nobody said it before

The best Office quote about friendship and its meaning

I’m already past the line

Working from home at the office

Something you can hear at alcoholics anonymous

The kid that got no love

Just change the word a bit 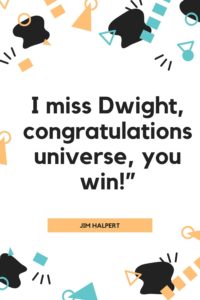 When you have to face facts

Who said chivalry is dead?

You don’t appreciate me at my true value

You want to hear this one

Yes, it’s time for a break

I’ve heard that one before

This one reminds me of Seinfeld

Take a cup of coffee and be patient

Put the money where your mouth is

You can’t handle the truth

A new perspective on an old issue

Things you do online

Things should have bene an advert in the 80s

Not accepting it as it really is

Michael- Yes she was….damn it Kevin!!”

It happens all the time

The best Office quotes you can rehearse in a group

“Fifteen bottles of vodka? Yeah that should do it.”

What’s with the worm jokes in The Office?

Technically, I don’t even work here