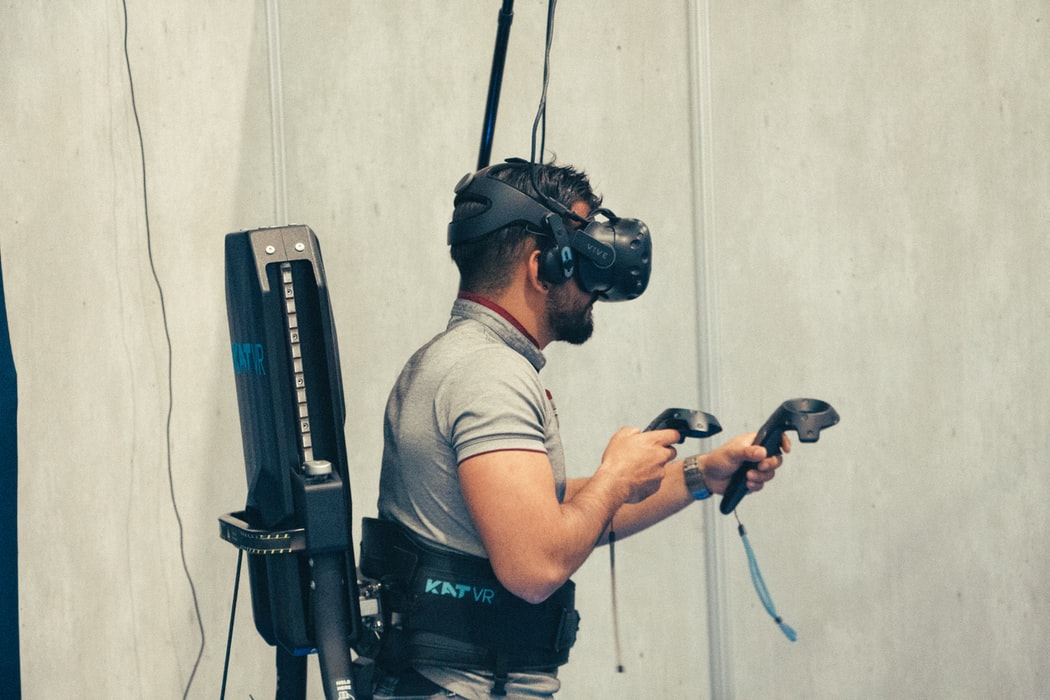 Gaming standing up is still taboo for many gamers. It’s difficult to adjust to and many gamers feel they lose out on gameplay experience. Others believe they should only game while seated because all tournaments are seated and it would be difficult to readjust from everyday standing while gaming.

Most opinions on gaming while standing are mixed. Some can’t go back to sitting while others are too afraid to stand.

3 reasons why gaming standing up is healthier

Studies have been done on standing and sitting in high numbers. Most agree sitting for too long is detrimental to your health. It certainly applies to gaming as well. Gamers might even spend more than 8 hours per day seated, which puts further pressure on the body.

The first sign of the negative impact long hours of sitting have on your body is with posture. Simply put, most gamers can’t even sit up straight due to slouching and other seating problems such as forward head posture.

Standing allows you to activate your core muscles more and to learn how to stand better.

Gaming standing up is only better for your posture when you combine it with sitting. Most people feel the need to sit after 2-3 hours of standing. Gamers can alternate periods of standing with periods of sitting to reduces lower back stress.

Standing can also be as harmful as sitting when taken to extremes. You should aim to move a bit while standing. A standing desk balance board can help here.

Most console players aren’t typically good at playing while standing. But standing while PC gaming is easier as PC users have an easier transition with a keyboard plus mouse gaming setup.

Gamers say the standing experience enhances immersive gameplay. This can certainly be the case with FPS games. But gaming while standing up can be a bit more difficult in racing simulators.

It’s estimated you can burn 30.000 calories per year if you stand for 3 hours per day. This equates to burning around 8lbs of body fat while gaming. It’s not much, but it’s certainly more than nothing. Furthermore, standing can be beneficial for some arthritis pain and discomfort cases, which means the reduced body weight is going to also reduce arthritis symptoms.

The one reason gaming standing up everybody overlooks

Apart from these rather obvious health benefits, gaming standing up also has a secret benefit that too many gamers are busy to acknowledge.

It can be very difficult to feel time flying by while standing.

Gamers typically alternative sitting with standing in 2-3 hours intervals. This is where you split your gaming day and you become more aware of the time you spend in front of a TV screen.

How to get into gaming while standing up? Use a standing desk

While gaming used to be considered a sedentary activity, it can be redefined by using a standing desk. Even a standard desk with a higher monitor position (achieved with a monitor arm) can be beneficial to your standing posture.

Gaming was never as inclined towards health and posture as it is today.

The discussion on standing while PC gaming is already underway.

Your role is to determine if it applies to you.

Start with a standing desk balance board

A simple standing desk balance board can be enough to reduce some of the standing discomfort gamers are afraid of when debating standing while gaming.

A standing mat adds support with a bit of cushioning between your feet and the hard floor which allows you to stand longer.

The pros of gaming standing up

The cons of gaming standing up

Standing while gaming isn’t new, but it might be better. Standing for the entire gaming period is, however, unrealistic. Gamers can look into standing desk chairs as an in-between solution to allow their legs to rest after a couple of hours of standing. Most importantly, you should aim for perfect posture before you decide upon standing or sitting. At the same time, exercising for at least 30 minutes per day can also be a considerable milestone in improving gaming posture.