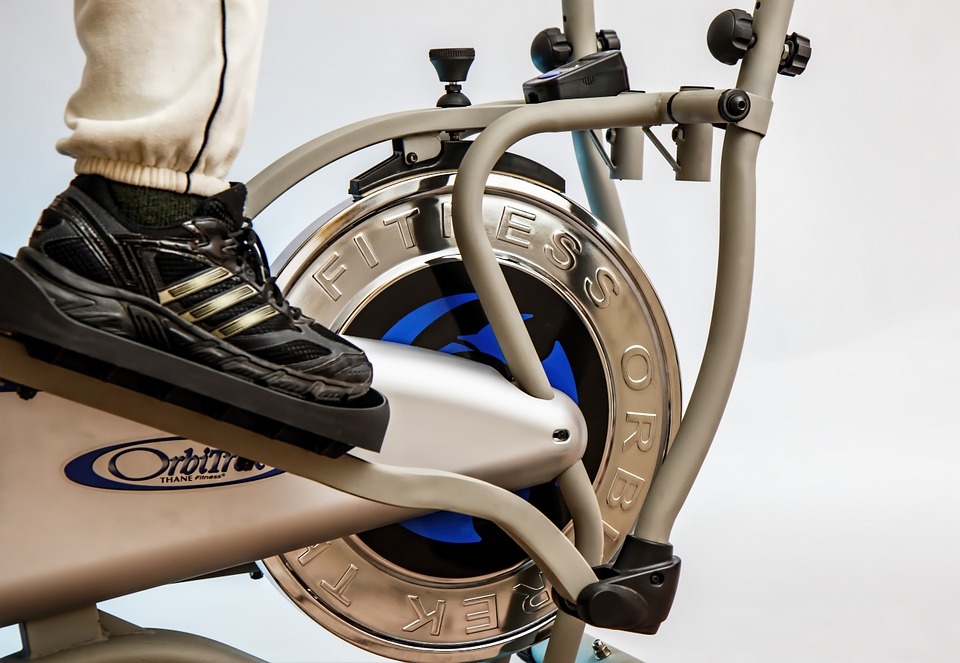 This Cubii Jr Review looks into how you can use this under the desk elliptical to get fit at the office. This mini elliptical is mainly used by sedentary people who need to get moving and burn calories to stay fit.

For some people, the Cubii Junior looks like a complete waste of time. For others, it helps burn more than 500 calories per week which equates to a few good gym workouts. You burn these calories while working, which is even better.

Nobody talks about who is the ideal user of the elliptical. Cubii reviews don’t take into account that many people use it at the office and they compare it with a standard elliptical, which isn’t fair.

This Cubii elliptical review looks into what this elliptical is, its features, and how to use it. Make sure to read the final verdict at the bottom of the page as well.

Cubii Jr is an under the desk elliptical

Cubii Jr is the name of an under the desk elliptical. This mini elliptical or seated elliptical is used to get fit at the office. It features 2 large pedals and a small screen that keeps track of your mini-workout. Pedaling is required to use the Cubii Jr elliptical.

This is not the standard elliptical you see at the gym. There are no securing straps for your feet and no handlebars to hold. You don’t stand on the pedals but you stand on your office chair or the couch at home.

Cubii can also be seen as an incipient fitness machine for seniors or those recovering from an injury. It has already been sold in its thousands, but does it work?

The Cubii Jr seated elliptical is used for low impact cardio or steady-state cardio. This type of workout burns calories, but only in time and by weekly repetition. You can’t have a quick 15-minute Cubii workout and expect to burn calories. A Cubii exercise or workout takes at least a couple of hours per day to see the expected benefits.

The Cubii jr seated elliptical has a few features that make it stand out compared to other more affordable seated elliptical machines. For example, it comes with multiple levels of resistance and it shows you your main workout data.

A knob is what separates the user from endless hours of intense Cubii workouts. It features 8 levels of resistance that can work your legs at different intensities. You can get your mini-workout of the day done under different levels of intensity.

When you read on your laptop, you can use a heavier level of resistance. When you type, you might want to slow down your intensity so that you can concentrate a bit better.

Pro tip: make sure to adjust the intensity of your CubiiJjr under the desk elliptical before you sit so that you don’t put pressure on your lower back reaching for the intensity knob while seated.

As a sitting society, we can benefit from using an under-desk elliptical. Cubii reviews show just how good such a small machine can be.

All of these benefits are generally seen with 2 types of users – the sedentary office worker and seniors who cannot go for a more vigorous type of fitness machine to burn calories.

Pro tip: you can weigh yourself every month to see how your body weight fluctuates even when you train with low impact machines as the Cubii compact elliptical.

No Cubii review can be complete without looking at the data. Yes, there are plenty of cheaper under the desk elliptical (probably in their thousands), but not many accurately keep track of your workout details. You can see your stride, the calories you burn, and the time you’ve been training for on this small LCD panel.

While Cubii’s built-in monitor looks a bit outdated, it does its job well. You can rely on it to see your workout data. However, it won’t save your workout data and if you’re the type of person who likes to be very specific about training progress you’ll need to write this data down after each session.

Pro tip: make sure you place a small light source next to you as the Cubii desk elliptical doesn’t come with a backlit monitor.

Live low impact aerobics classes are held every day on Cubii’s Facebook page. You get to choose from Core activation classes to body flexibility classes that can guide you on the days you feel a bit unsure about your fitness motivation.

For sure, these classes target those training at home on the couch. It would be a bit difficult to simply follow along when you’re at work. Cubii Jr reviews typically skip this point. But at least you get to learn how to make better use of your Cubii bike or another office elliptical.

Under desk cycles such as Cubii Jr or Cubii Pro aren’t very good at keeping you motivated. They can get boring fast. This is why you’d need a secondary activity such as watching TV, taking part in a fitness class, or working at the desk to simply get through with it for Cubii weight loss.

Pro tip: make sure you go through each workout by finding new motivation methods such as watching videos on your computer.

There are a few Under desk peddles Reddit and Facebook communities and Cubii has one too. This standorsit.com Cubii Jr review recommends everybody to be part of these groups as they’re particularly helpful in quickly solving any technical problems. For example, this is where we found how to replace the Cubii elliptical under the desk monitor without any help.

Since the product is superior, you won’t have to deal with as many faults with other sitting elliptical machines as under-desk elliptical reviews confirm.

The difference between Cubii Pro and Cubii Jr is the Bluetooth function with the fitness tracking app. The more expensive and more complex Cubii Pro helps you save your workout data on your smartphone through the Cubii app.

If you’re the type of person who loves all personal fitness data to be saved as a reference and maybe cross-track it with weight loss and nutrition apps such as MyFitnessPal, it might be a better idea to switch your purchase plan towards the Cubii Pro.

Most people have already seen Cubii Pro reviews where the mini elliptical weight loss machine has been linked to fitness trackers such as FitBit.

You don’t get a digital display on your Cubii Pro under desk elliptical. But you are expected to have it connected to some type of tracking devices such as a smartphone or fitness watch. Alternatively, you can still use the Cubii Pro without an app. The difference between Cubii and Cubii Jr lies in these analytics.

Where to use Cubii Jr

You can use the Cubii elliptical in various locations where you sit for a few hours. This is typically either your workplace or your home. Ideally, you want to be pedaling for at least an hour per day so the following locations tend to be the best for such tasks.

You can place your Cubii under desk elliptical next to you at work. You slide it under the desk when you want to exercise on the elliptical. This is the ideal place to start combating the negative effects of a sedentary lifestyle.

Most people work for at least 8 hours per day. You can dedicate at least 2 hours per day on your Cubii elliptical bike to burn at least 200 calories which can already be the equivalent of a small meal.

The idea is to start using this elliptical as often as possible continuously. All fitness efforts are only visible when sustained in time.

This is also the ideal place where you can turn on the TV and exercise while you watch TV. A 2-hour movie passes quickly but it can also burn a few hundred calories.

You can use your Cubii elliptical outside on the patio on sunny days. Ideally, you have a flat surface to place it on and an area where you can train for hours. With the benefit of fresh air, you might even be tempted to keep on exercising for longer, which isn’t always the case with closes spaces with artificial illumination and poor ventilation. 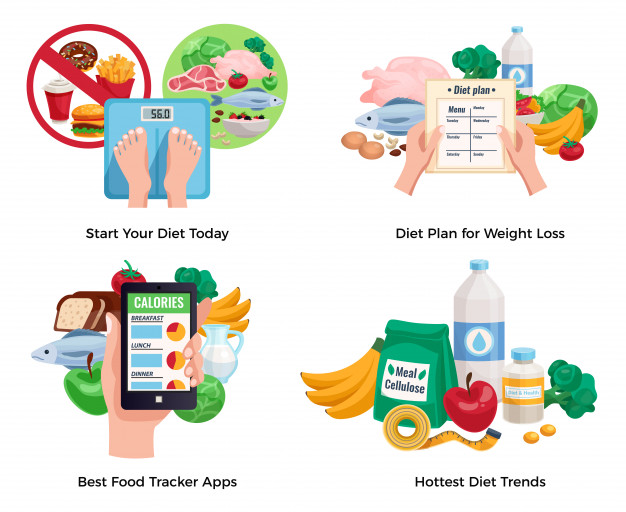 Reviewing the pros and cons of Cubii Jr

Under the desk elliptical without Bluetooth from Cubii has a few very good benefits and a few prominent drawbacks. Here’s what to expect. 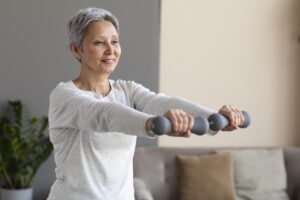 The Cubii Jr elliptical is expected to gain popularity even in 2021. As the end of the pandemic isn’t in sight, it’s expected weight problems and sedentary lifestyles to become mainstream. The number of people working from home has increased as well. This Cubii elliptical review recognizes the machine isn’t going to build huge glutes. But it can be a small help in the ongoing fight to keep the excess weight off and to improve cardiovascular health.

Is Cubii Jr worth it?

Cubii Jr is only worth it if you need a low impact exercise machine to combat a sedentary lifestyle. It might also be a cheaper alternative to a full size elliptical.

Cubii reviews show the under-desk elliptical helps some users burn around 5-6 pounds per month. This only happens with a minimum of 3-4 workouts per week that last a few hours. These objectives aren’t difficult to achieve if you train while working.

Yes, you can buy a Cubii at your local Walmart store.

Is Cubii good for seniors?